Every day we use dozens of inventions, rarely thinking about who invented them. Inventors create solutions to problems to share with the world making life a little bit easier. Did you know that New Jersey ranks 5th in the number of patents granted in the United States? Here are just a few inventors from the ingenious Garden State:

Thomas Edison – America's greatest and most influential inventor. While Edison was technically born in Ohio and grew up in Michigan, he began his career in Newark, New Jersey. Some of his most famous inventions include the phonograph, the light bulb, motion picture, electrographic vote recorder and the magnetic iron ore separator. In total, Edison had 1,093 inventions.

Fun fact: Edison executed the first of his successful patent applications at age 21 and his last at age 80.

Fun fact: The first object to pass through a check-out scanner was a packet of Wrigley's chewing gum.

Irwin Gerszberg aka "Mr. DSL" – As you may guess by his nickname, Gerszberg was a leader in Digital Subscriber Line (DSL) technology. In other words, he gave us the ability to obtain vast amounts of digital data from the Internet at high speeds. He lives in Kendall Park, New Jersey.

Fun fact: Gerszberg received his bachelor's degree in engineering from NJIT, and his master's in computer science from Stevens Institute of Technology.

Fun fact: Nobile was inducted into the New Jersey Inventors Hall of Fame in 2000.

Sidney Pestka – Dr. Pestka was born in Poland but moved to Trenton at age eight. Called "The Father of Interferon," Pestka's work has led to cures for cancers and viral diseases. He has paved the way for the possibilities of prevention, diagnosis and cures for many fatal diseases. Dr. Pestka, a resident of North Caldwell, died in December 2016.

Fun fact: Hoffmann-La Roche, where Dr. Pestka worked, was one of the first companies to receive an FDA license in 1986 for the use of a drug to treat a rare form of leukemia.

Les Paul – Inventor of the harmonica holder, electric guitar and multi-track tape recorders. He moved to Mahwah in 1951, the same year he and his future wife topped the charts with "How High the Moon." The song stood at #1 on the Billboard Magazine chart for nine weeks.

Fun fact: Les Paul is the only person ever inducted into both the Rock and Roll Hall of Fame and the National Inventor's Hall of Fame.

Anthony Winston – The man from East Brunswick who has surely helped you smile bigger and brighter. Winston received thirteen patents for using baking soda to create toothpastes, gels and tartar-control agents. A deodorizer, an earwax removal aid and laundry detergents are also among his inventions. In addition to assisting with your personal hygiene, Winston also created products to help farmers kill harmful fungi on plants. 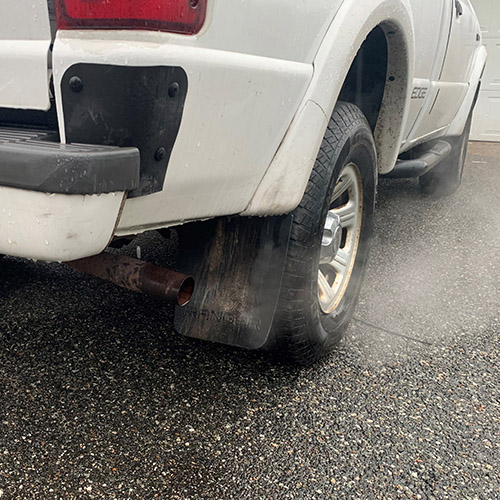