7 Keys to Hitting Great Shots out of Fairway Bunkers

The goal of golf course architects is to make every hole fair and challenging. With players hitting balls longer than ever, designers have countered by including more fairway bunkers. This forces players to think twice before simply blasting their tee shot as far as possible.

Catch the ball clean – Hit the ball first. This sounds obvious, but it’s critical to striking a quality shot. In greenside bunkers, you hit slightly behind the ball and let the sand carry it out. When playing from fairway bunkers, however, making square contact with the ball is essential to hitting for distance. Catch the sand first and it will be a short walk to your ball.

Choke down on the club – Move your hands an inch or more down as you grip the club. Because you’ve dug your feet into the sand, the ball is sitting higher than your feet. Choking down shortens the club to compensate for the difference and you’ll avoid hitting the sand before the ball.

Take at least one extra club – Select a club that hits the ball farther than your target distance. Because you’re choking down on the club, you’re sacrificing about 10 yards of distance. For example, if you’re 160 yards from the hole and typically hit a 7–iron, opt for a 6–iron. It will make up for the lost distance and keep you from over-swinging.

Shorten your backswing – Take a three–quarter backswing to increase your proficiency in making solid contact. Remember, you’re already taking at least one extra club, so don’t worry about distance. Hitting the ball clean is the primary goal.

One final reminder when you’re hitting out of a fairway bunker. Make sure you select a club that has enough loft to get you out. There are times when your ball will be sitting near the front of the bunker, just behind a big lip. Even though the distance warrants a 5–iron, you may have to hit a 9–iron to make sure the ball clears the lip. Ignore the urge to hit a miraculous shot and choose the practical club. The least desired result is a second shot out of a fairway bunker. 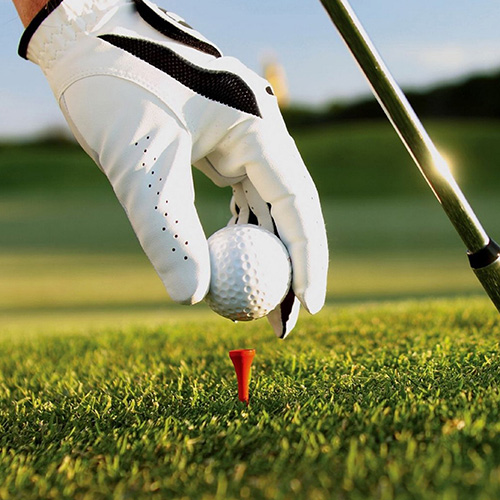 Picking the Right Golf Ball for Your Game

5 Tips to Hitting Great Shots Out of Fairway Bunkers 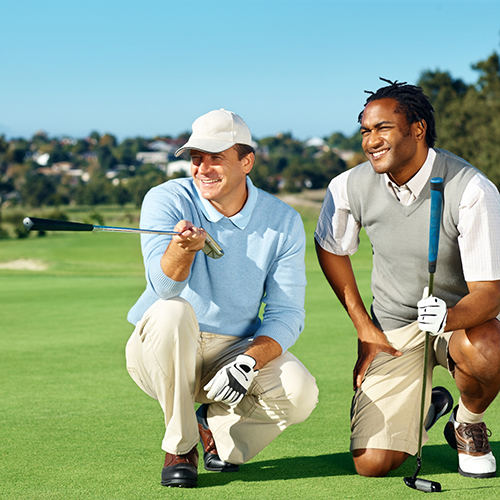